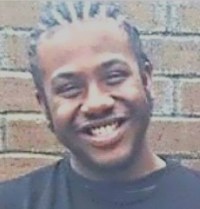 Details:
Mzee was a black Jamaican teen living in Liverpool. He was part of a big Jamaican clan, with family all over the world. He had ADHD and autism, and was a college student.

Like many black people in England, he often had to deal with racial prejudice when he went out. When he was sixteen, a racially motivated attack left him hospitalized; after that, Mzee never left home on foot, always taking taxis when he went to buy food. He spoke of returning to Jamaica, where he could escape from prejudice and rejoin his extended family.

On the day he died, Mzee had run from his home to a nearby shop, upset and telling the shopkeeper that people were chasing him. The shopkeeper called a cab to take him to his father's house, but somehow Mzee ended up at Liverpool One, a big shopping center, instead. There, the barefoot and overwhelmed Mzee was called in to police as "a black person threatening people with a knife". Police responded to the call and restrained Mzee face-down. Mzee stopped breathing, and could not be revived.

After weeks of waiting for post-mortem tests and investigations and navigating bureaucracy, Mzee's family finally gained custody of his body and brought him home to Mandeville, Jamaica for burial.